I Thought Some Of You Might Enjoy This Picture

I Thought Some Of You Might Enjoy This Picture

My parents found this picture: 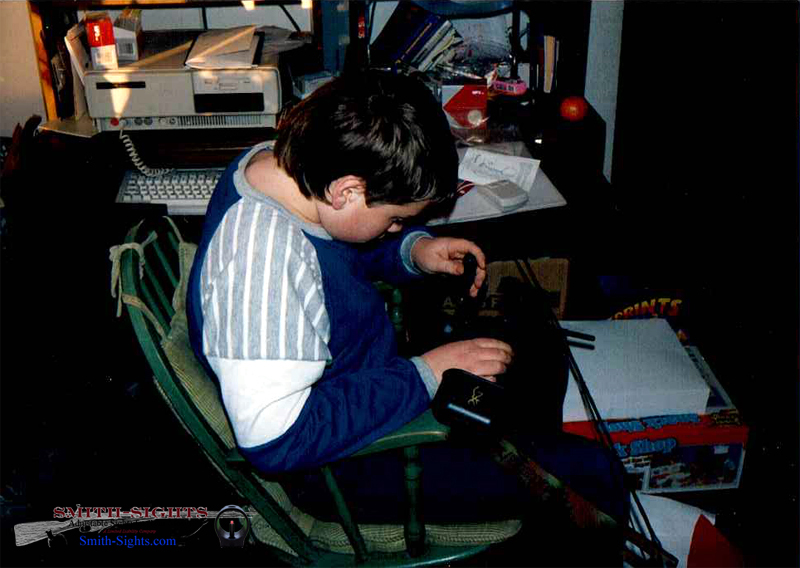 That's a Tandy 1000TX (80286 processor but retaining the 8-bit bus). The HDD was installed sometime after we got it; it originally came with two 3.5" floppy drives.

I think the bow was a Bear Whitetail. I simply cannot remember. It had two different draw lengths. I started on the first draw length, went to the second, then outgrew it.

Re: I Thought Some Of You Might Enjoy This Picture

Re: I Thought Some Of You Might Enjoy This Picture

Enjoyable pic on many levels.

At the time I had a white fiberglass recurve that drew at about 25 lbs, plastic grip, no arrow rest beyond the plastic grip itself. I was in college at the time and getting time and space to shoot was tough, so the bow went into the back of the closet. At some point it simply disappeared. I have no idea where it went. Too bad. It would make a good starter bow.

I'd always thought that compound bows were sort of weird. That's because I was started with recurves by my parents when I was like six or seven in the 50's, and I guess I still lean that way. I didn't get my first compound until the early 90's. It was a no name 35 pounder I got at a yard sale for ten bucks. The grip did not quite fit my hand, so I got arm whacks from the string quite often. I gave it to a friend of mine with slightly smaller hands when I got my 54 pounder. Odd--I don't shoot that one at all, as I hold my recurve with my left hand. I hold my other compound with my right, also a 54 pounder. I shoot each one each time with the same number of arrows.

I lean to the recurve because it feels more "natural" to me. By that I mean that as I draw the recurve and put more energy into the bow, the feel of the pull increases in a way proportional to the energy stored in the bow. Not so with compounds. As I draw my compound, right in the first two or four or so inches, there's that natural feel, but as the cams roll over, as you know, the resistance gets less. Now, I am more accurate with my compound, but I "like" my recurve more. But like with most things, my enjoyment curve is long and varied, so I don't really have to do my "favorite" on anything every time. I have more than one gun, for example. :-)

Turn on channel six, the President comes on the news,
Says, "I get no satisfaction, that's why I sing the blues."
Top
Post Reply
3 posts • Page 1 of 1