I am really enjoying this thread. Thanks so much. Making a bow is something I have always wanted to do.
All religions united with government are more or less inimical to liberty. All, separated from government, are compatible with liberty.-Henry Clay
Both oligarch and tyrant mistrust the people, and therefore deprive them of their arms.—Aristotle
Top

Here is the first third of the first half. I would have gotten a cleaner split had I started at the bottom. Lesson learned.

Next, de barking and marking. Then spokeshave city. Maybe a hatchet, Ishi style. Still thinking on that.

Patience, truly, is a virtue. 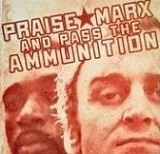 Do you use a froe ? I have a friend who makes them from old car leaf springs.

Here is the beginning of the debarking.

I say "beginning" because I used to make my living doing this shit back in 86-92. I was a younger man then. Holy crap, this is work! An old man squatting over a draw knife is not a pretty thing, I tell you what.

I have learned some things so far. Splitting after the dry. The split spot has to be chosen carefully. There are little knots from time to time that will spoil a split, so watch out for those. Read the log more deeply before choosing the split. Read the end grain.

I think I wrecked one blank with an ill-chosen split. The one I messed up can still make great stuff, just not 65 inch long bows. This one here will work out. There's a knot also, but I planned it in.

I'm going to take it down to leave the most heart wood before I begin to tiller it--which is quite a few piles of pecan shavings into the future. But if I know that's the goal, I can make choices at this stage that could save me a few pulls on the draw knife or spoke shave in the future. Final adjustment likely will be made with a tool I used on the organ project, a custom spoke shave that uses a cabinet scraper blade. Hella trick.

As luck would have it, some weeks ago the neighbor's garage caught fire. Totaled. Insurance settlement replaced the fence, which necessitated the downing of another pecan tree, about the same age as the project tree. It's much cleaner, though, very very straight. It has been down for a week or two, and we've hard a lot of rain. More rain this afternoon. So, I began to split it. Very clean split, so the surface I get will be very consistent. Each little sixth will break out very nicely.

You can sort of see down the split here. It used to live just behind the compost pile on the left there, in the corner, which is now a new fence. It dropped, and we slid it into my yard, then they put the fence up. Primo. Now I have a dozen more bows. When it's split, I'll drag it down in the basement.

Plenty of branches and so on left over. Love those outdoor chores...

I had no input. This yellow pine fence replaced a cedar fence that was here when we bought it in 92. Still in good shape, gray from UV, but mostly intact. Easily repairable. But these new neighbors, like two years, are from the city and come up here. They sort of want to Better Homes and Gardens their place, got insurance bucks from the unfortunate garage fire. Bucks-up yuppies. Da woist kind. They took out two pecan trees--sure, I got logs. But they'll have hella sun. We'll see if they fry back there. But, yeah. Pine--stained, which is happening--will last a good eight ten years. Pish. I wonder if I'll live long enough to say you shoulda repaired the cedar.

But here's the last crack of this new log. Now I haul it downstairs like a wasp with a tarantula--way bigger'n me, but I gotta do it. I may shorten it a tad. I'm not making bows for Paul Bunyan or anything.

Wasp with a tarantula. Lol

Or like a trap door spider with a fire ant..

I was working on this today. Milling it. Now, recall that this is split, so all the fibers are intact along the length of this blank. So I'm using a nice cross cut saw, right, across the grain, and the blank is supported at two points, the two halves of log that resulted from a neighbor's falling my other pecan for me. As I cut, a huge resonance came from the blank. Hear me out.

I worked for nine years as a tracker organ builder, building two organs in the 17th century style, on site, using period tools and techniques. When we made the wooden resonators for the large reed pipes, the walls of said four sided pipes were tapered, so as to provide the most superior resonance. Point is, my ear is tuned to wood in this way.

Splitting along the existing pathways keeps the timbre intact. There are no dead ends where vibrations travel along a fiber and zoof off into space without exciting the entire piece of wood. Waste of potential acoustic energy. Splitting the blank along the grain preserves the integrity of the wood, I think, in a way that will give me a lighter, quicker bow because it will require less mass to achieve superior vibrations. Superior vibrations are efficient, so less wood mass will deliver performance of other bows not so split. Very resonant piece of wood here.

This piece is about as tall as I am. I can see the line of heart wood right down the middle. I will try to leave as much of that as I can, taking off the younger wood. The younger wood can take stretching so doesn't store as much energy per unit of mass, whereas the older wood compresses, stores, then releases energy. If the whole bow were old wood, it'd break. If the whole bow were young wood, it'd last about forty seven shots, when it would stay bent. A balance is struck. I'm guessing it'll take more than one bow on my part.

And that is how things stand.

CDFingers, I think you've taken a long enough break from this thread. I'm curious how the bow making is coming along. Time to post an update. please. :-)

Sorry dudes, dudettes and assorted hangers-on. We can say that the wood is curing.

I plan on planing that wood plainly, in the spring.

I plainly am waiting as fast as I can for news of your planned planing.

something about the rain in spain stays mainly
in the

it's the cabin fever, i swear!
Top

I continued the bow project today. I used my trusty homeowner's 3 HP McCulloch electric chainsaw and hack off big hunks. You can see the delicate stylings of the precision cutting surfaces here.

This cut took off the bark and the last two or three years of growth--on a plane. Remember this is a section from a cylinder, hence at the edges there will be a few months' growth off, and in the center a few years. The core good wood is the heart wood. I'll plane down to it from the outside of the log then tiller the bow from the inside as well.

The next crude cuts will turn the blank into a five sided figure. Then I plane from the top until time to tune it from the other side.

The best 72 inches will be selected from this 84 inch blank, so these checks will be cut off. I must say, pecan is one tough wood.

I may hit this again next week.

How is the Bow coming along? Any new updates?
Top

Thanks for the poke. I've been involved in real life so much I keep saying that the wood continue to cure well. Must attack with hand saw to rough out blank...

Robin of Locksley (aka Robin Hood) would be proud.
"Everyone is entitled to their own opinion, but not their own facts." - Daniel Patrick Moynihan
Top

Thanks again for a poke. Wood looks ready to think about.

Turn on channel six, the President comes on the news,
Says, "I get no satisfaction, that's why I sing the blues."
Top
Post Reply
46 posts