I see and hear a lot of ideas about guns and gun culture shared in private settings, either on social media or face-to-face, that I wish would garner a wider audience. It occurred to me that I could re-post or recount some of those ideas on this blog, for the benefit of those who are interested in but unsure about guns. In that spirit of sharing, below is a reflection on the portrayal of the Second Amendment in a children’s book on the Constitution written by Jason Fertig, Ph.D., Associate Professor of Management at the University of Southern Indiana’s Romain College of Business in Evansville. As on Twitter, “Retweet =/= Endorsement.” That is, I don’t necessarily agree with everything written by others on this blog. But I do believe they offer a point of view that people who are “gun curious” will be interested in. 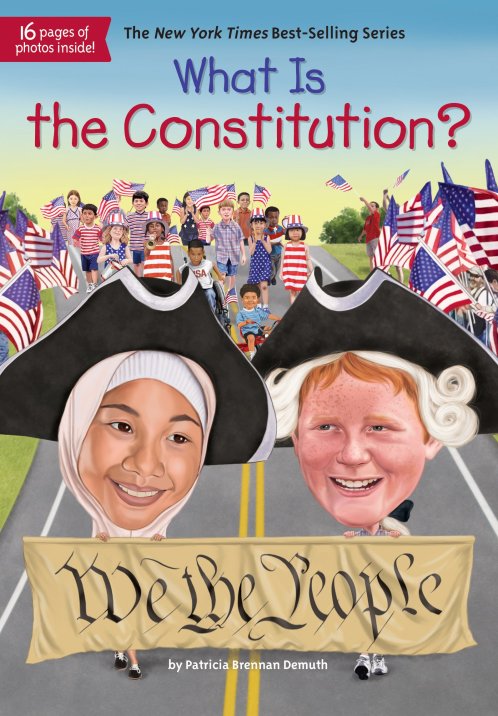 By Jason Fertig I recently came across the children’s book “What is the Constitution?” by Patricia Brennan Demuth and for some odd reason, felt the urge to look at the Second Amendment section.  I was taken aback by the verbiage used by an award winning children’s book author: The Second Amendment protects the right of people to own arms.  Arms are weapons, such as guns.  Why would the Constitution protect gun ownership?  The reason given in the Second Amendment is to keep militias well-armed.  Militias (say: mi-LISH-uhs) were small armies of citizen-soldiers.  During the Revolutions, militias could quickly gather in case of attack by British soldiers. Today there are no militias; states have National Guard troops instead.  But the Second Amendment still protects the right of Americans to own guns. Millions of gun owners want to safeguard their Second Amendment right.  Millions of others point to the shocking gun violence in the United States.  The weapons of the 1700s were muskets and rifles.  They argue that the framers of the Constitution never imagined automatic weapons being carried on city streets.  They want restrictions on who can own weapons, how they can buy them, and what kind of weapons can be bought. Very troublesome: As this blog aims to be apolitical, I will refrain from just shouting “SHALL NOT BE INFRINGED” and signing off.  That’s easy and would only be a tension reliever and disrespectful to Ms. Demouth. I’m troubled that this excerpt is more akin to a partisan editorial.  There’s no attempt to properly present the Second Amendment (A well-regulated militia, being necessary to the security of a free state – i.e. protection from a tyrannical government) nor is there an attempt to present any reason to retain private gun ownership (“Millions of gun owners want to safeguard their Second Amendment right.”  Why?) When I first read the passage, the first thing I thought about was a recent post on this blog or this “public service announcement” from the Ad Council that focus on efforts to make guns less socially acceptable. We need to do a better job of promoting an alternative (more accurate) perspective on the Second Amendment. At a minimum, this promotion needs to happen in the educational, entertainment and training communities. For example, it would be nice to see firearms safety alongside driver’s ed and sex ed in school systems.  If you’re laughing at that sentence, you’re also proving my point.  Think how socially acceptable it is to have archery teams (and wood shop), but not other “shooting sports” –  even though such shooting teams exist (also note the attempt by the author in the linked article to connect the Parkland murderer’s presence on the school rifle team to his actions).  Young people need multiple options for learning about firearms beyond the scouts, the NRA, and “at home.” It would also be nice to see shows and movies without fingers resting on triggers, poor muzzle discipline, and teacup grips. Anyone around the shooting community can attest that many non-gun owners get their gun education from Hollywood.   In all seriousness, a certain amount of fantasy is fine.  Stormtroopers in Star Wars doing backflips after laser shots – ok.  Black Widow in Avengers with a Glock in each hand taking out villains with one hit each – pushing it.  Rick Grimes in Walking Dead one-handing the Colt Python (pointing off his line of sight) at Zombies and achieving 100% head shots – ugh.  A movie villain holding a victim at gunpoint only and cocking the hammer post intimidation – please stop. While I wish everyone spent less time starting at electronic screens, we still need more images of responsible citizens handing guns because contrary to what Hollywood presents, criminals, police, soldiers, and superheroes are not the only people who own the tools to shoot at something. Finally, we simply just need more places to train and shoot.  As Claude Werner recently noted, it’s just not that easy for everyone who owns a gun to get training.  Many people have access to a shooting range or live on land where they can shoot all day, but certainly not everyone.  If you want to work on your golf game, you can find an instructor quite rapidly.  That’s just not true for shooting, especially because even within training opportunities, the ability to take lessons in force-on-force or other defensive tactics is not as prevalent as those lessons on “basic pistol.” I’m sure I’m missing other things that can be done.  Taken together, it’s difficult to push back when those who control the narrative are the least educated on the issues at hand.  I just hope people don’t take their current freedoms for granted.  I’ve met some of the nicest, welcoming people as I entered the gun-owning community.  I’d hate for others to not have that luxury in the future. This content originally appeared at text and was written by David Yamane This content is syndicated and does not necessarily reflect the views or positions of The Liberal Gun ClubThe post Those Who Control the Present Control the Past by Jason Fertig appeared first on The Liberal Gun Club.

There’s no attempt to properly present the Second Amendment (A well-regulated militia, being necessary to the security of a free state – i.e. protection from a tyrannical government) nor is there an attempt to present any reason to retain private gun ownership (“Millions of gun owners want to safeguard their Second Amendment right.”

I wish the NRA would do fact checking on firearms as they are portrayed in TV and movies. It's totally unrealistic and that's how most Americans learn about firearms and of course from Everytown/Moms propaganda.
"Everyone is entitled to their own opinion, but not their own facts." - Daniel Patrick Moynihan
Top
Post Reply
2 posts • Page 1 of 1