2020 National Trophy Pistol and Rifle Matches is set to officially open March 1, 2020. The annual event, held at the Camp Perry National Guard Training Base since 1907, features traditional marksmanship events and an established lineup of CMP’s own competitions that will carry the precedent of the National Matches through the next decade.  Whether competing for the first time, an experienced athlete or arriving purely to become engaged in the atmosphere, the National Matches has something for everyone. The array of rifle and pistol competitions will stretch from July 6, 2020 to Aug. 8, 2020. Adult and junior competitors, both the well-seasoned and novice individuals, are all invited to participate during this year’s National events. 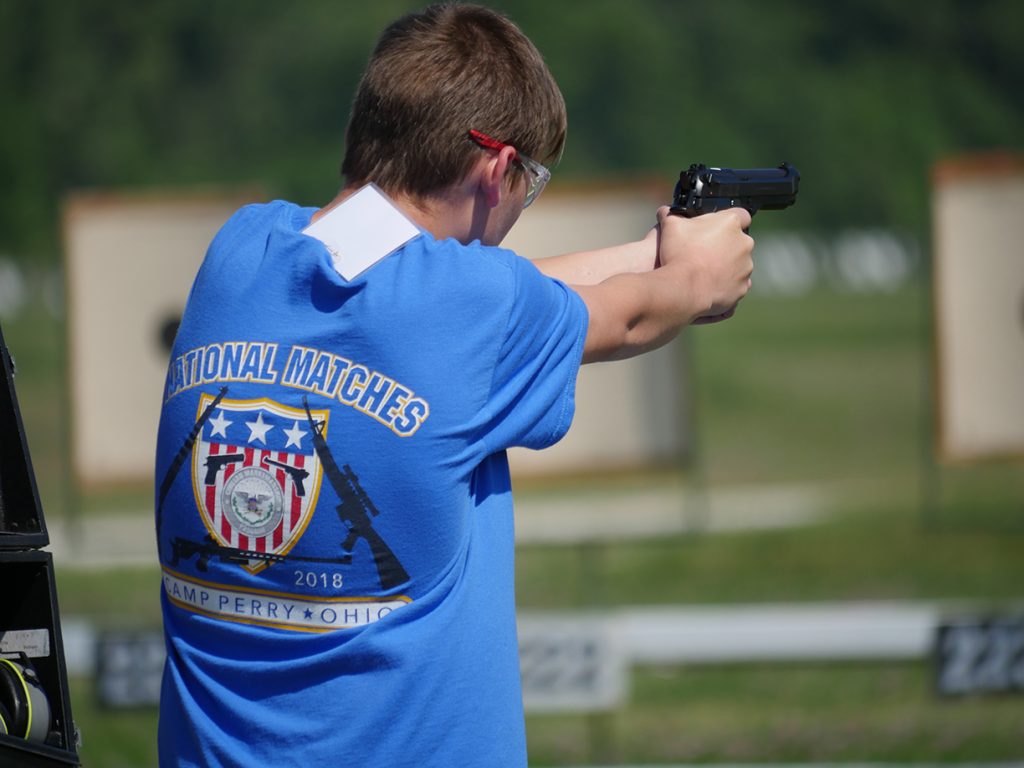 An extended National Matches Pistol schedule will be introduced in 2020. Prestigious pistol events and the First Shot Ceremony will kick off the season, followed by the return of CMP’s Smallbore rifle lineup, which includes a 3×40 with iron sights and an any sights match, a 3×20 team match and prone events. During the smallbore events, scoring will be administered in collaboration with Shooters Technology, using a mobile application that will transmit target images via cell phone to the Orion scoring system and allows scores to be compiled before competitors even return from hanging targets down range. NEW IN 2020: A CMP Revolver Match, CMP .22 Pistol 900 Aggregate and .22 Pistol Team events, CMP CF 900 Aggregate and CF Pistol Team events, along with a set of CMP .45 Pistol 900 Aggregate and .45 Pistol Team Matches have been added to the National Matches Pistol schedule, setting a full week schedule for enthusiasts. A six-day CMP National Matches Junior Camp, Smallbore & Air Rifle, will also take place and is open to junior athletes who shoot both three-position smallbore and standing or international precision air rifle. Participants must be between the ages of 12 to 20 and must currently be shooting in three-position smallbore competition matches and international air rifle. NEW IN 2020: A Rimfire Sporter Small Arms Firing Schools (SAFS) will replace the clinic that typically precedes the match – giving guests a more hands-on look at the positioning, course of fire and other elements of the introductory match. The Rimfire SAFS will be followed by the Rimfire Sporter Match. 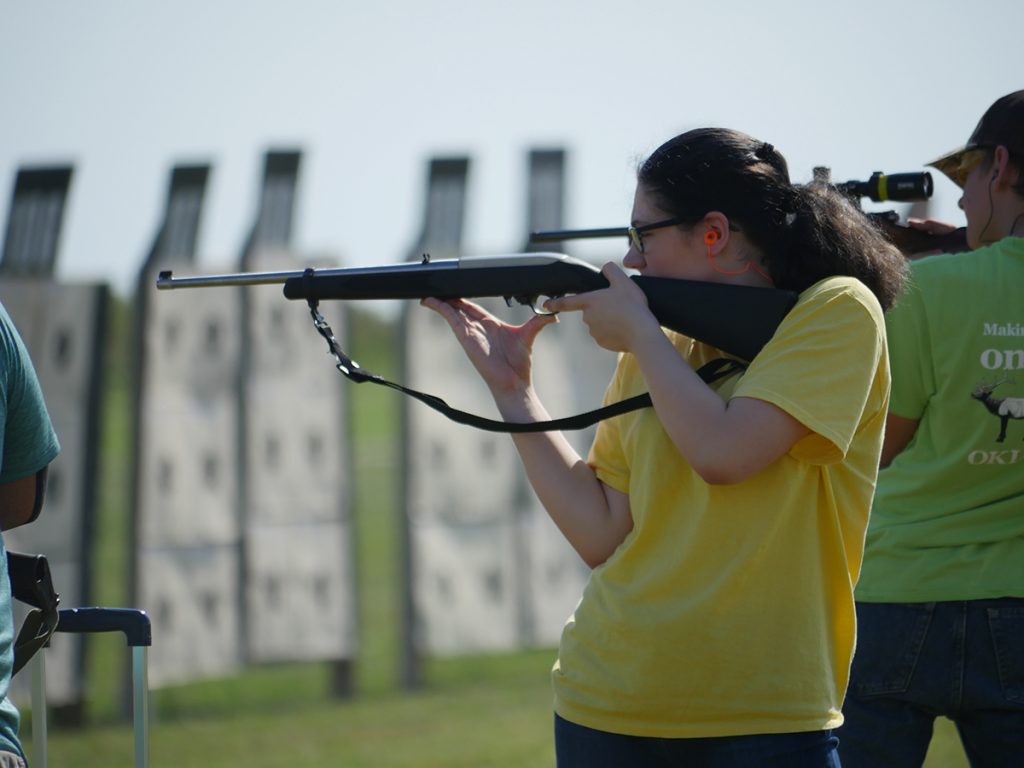 Also new in 2020, a Rimfire Sporter Small Arms Firing School will teach basic elements of the match. CMP’s Highpower Matches, formerly known as CMP Cup Matches, including the 4-man team event and the 2400-Point Aggregate event, which bases winners on his/her aggregate scores from three days of 800 aggregate matches, will be mixed into the schedule as well. As in the past, the CMP will continue to offer the National Trophy Rifle Matches along with an assortment of vintage and modern military rifle events, including the John C. Garand, President’s Rifle, Hearst Doubles, Vintage Sniper and Rimfire Sporter, along with the Springfield M1A Match.  Small Arms Firing Schools (SAFS) will also be held for rifle, pistol and smallbore enthusiasts, where participants will be instructed by some of the top military shooters in the country on firearm safety and competition technique. The SAFS courses have been a staple in the National Matches at Camp Perry since 1918. 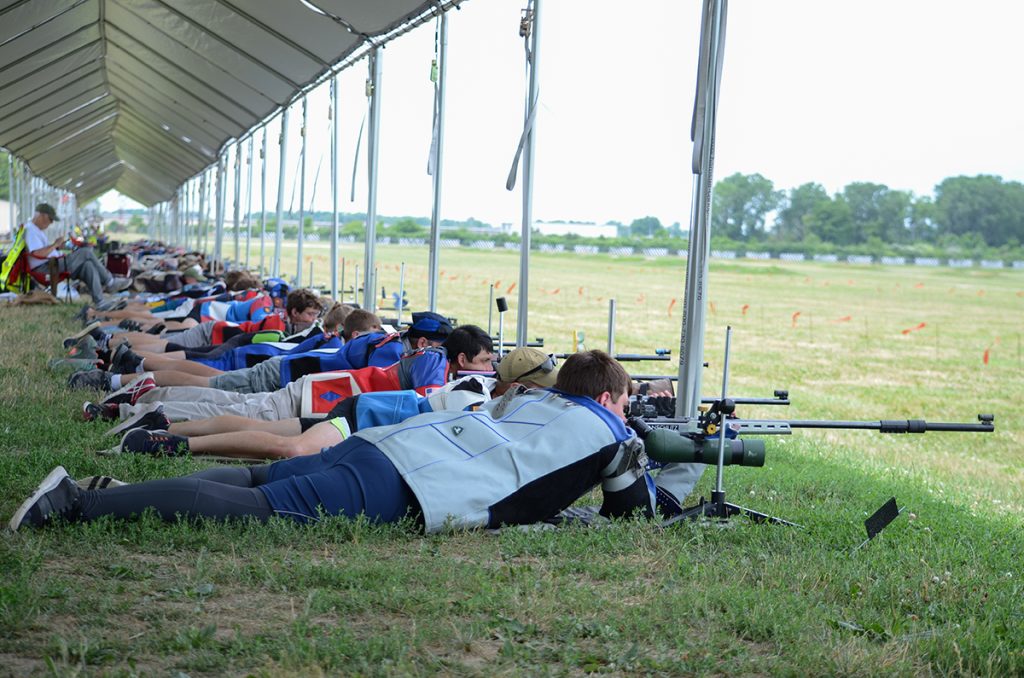 CMP’s National Matches Smallbore events return, including prone and 3P events. Also returning to the CMP schedule is a series of Long Range events for teams and individuals. Long range matches will be fired at 1,000 yards and are open to match rifles, service rifles or Palma rifles. Many other clinics and learning opportunities, taught by CMP staff members and qualified professionals, will be available throughout the National Matches. Whether an experienced shooter or firing a shot for the first time, those wanting to enhance their rifle or pistol abilities can register for a number of clinics conducted during the Matches.  Don’t forget that outside of the action on the firing line, Commercial Row offers a variety of items for both spectators and shooters – with an array of manufacturers selling used firearms, ammunition, competition gear, accessories, apparel and much more. The CMP North Store, located in its new location next to the PX and NM Welcome Center & CMP Headquarters (Bldg 3), allows even more buying opportunities at the Matches with our line of military surplus rifles. All events are free and open to the public. Spectators are welcome to observe firing on the Camp Perry ranges at any time, with ample parking on-site. Guests are encouraged to participate in the many exciting activities and visual attractions offered during the Match season. The Gary Anderson CMP Competition Center is also open throughout the National Matches and offers a full line up of Air Gun events and Open Practice. The Competition Center is air conditioned, providing a cool environment to practice your marksmanship skills. Rental air guns and pellets are available for visitors to use during their visit for a small fee. Our certified Range staff members are happy to help assist new competitors on and off of the firing line. Come be a part of a century-old tradition! For registration and more information on the National Trophy Pistol and Rifle Matches, including a complete schedule of events, log on to https://thecmp.org/competitions/matches/cmp-national-matches/. We hope to see you there!  Camp Perry is located six miles west of Port Clinton. For those looking for lodging, housing is available on base on a first-come, first-serve basis, and a campground is also located onsite. Other area accommodations are only a short drive away and only minutes to beautiful Lake Erie.  The post Registration for 2020 CMP National Matches Begins in March appeared first on Civilian Marksmanship Program. This content originally appeared at text and was written by Christine Elder This content is syndicated and does not necessarily reflect the views or positions of The Liberal Gun ClubThe post Registration for 2020 CMP National Matches Begins in March appeared first on The Liberal Gun Club.