My 5 YO LG Refrigerator 24 Cu/ft French Door/Bottom Freezer with indoor ice and water dispenser has been a rather nice unit. Biggest problem is the icemaker in upper French door which was the capacity for a one or two member family (probably holds about 1/2 cu/ft of ice when full) and runs noisily (not a problem as I'm a bit deaf).

Yesterday, as the 103F temp outside I had no ice - maker had quit functioning. I tried switching unit off and on, which would cause movement in cube tray, but hang up after turning about 1/8 turn, then would return to fill position, except it hadn't dumped any ice. I thought may be it was just a piece of ice keeping it from working, so taped over air holes that feed freezer air to maker and left door of maker open with fridge door shut. No go. After trying all I could think of, went on line to see if could find a solution or to buy another unit ($225 +/-). I had already gone thru all the troubleshooting stated in manual that came with unit - is it on? yes - is water available (yes) - if all yes and no worky - buy a new maker.

I had a call from a neighbor saying she was at store and did I need anything - told her to being me a small bag of ice that I could use until repairs made.

Finally went to LG web site. Same instructions as found in manual along with call for serviceperson if not working. Did some more digging, entered model number, found some more things to try, nothing. Then noticed a small note to check this site if had a particular model (which I had). There was one more thing to try - this model has a well hidden reset button in an obscure back left bottom corner of the icemaker - I even had trouble determining that it was an actual button - pushed it and immediately the ice tub started rocking, I replaced the ice recepticle and low and behold it dumped the ice and refilled with water. Checked this AM and it's still making ice.

My bitch is why this isn't in the manual and difficult to find on LG site. I damn near ordered a new icemaker I didn't need. Had I not been such a cheapskate and kept looking for answers (even watching the You Tube "How To" for this unit), I'd have blown $225 +/- and never knew I wasted my money.

I can just imagine the many people that have had a service call made and tech dicks around with ice maker, charges $100 for pushing a reset button and never telling the owner what he did OR just saying you need a new icemaker with install at about $500 for the two, then taking the old icemaker and selling on ebay (Ebay had a used one for $89 and new up to $300). Surely, I'm not the only one that has had this problem and one would think that it would be stated clearly and openly rather than buried on their web site.

Vent done.
"Being Republican is more than a difference of opinion - it's a character flaw."
"The greatest threat facing the United States is its own president." David Rothkopf, WaPo
Top

"It is better to be violent, if there is violence in our hearts, than to put on the cloak of non-violence to cover impotence. There is hope for a violent man to become non-violent. There is no such hope for the impotent." -Gandhi
Top

Beats harvesting icebergs and cutting them up...what few are left.

SR
We all come here to drink from the Fountain of Madness.
Top

I guess since your not a member of the LG Refrigerator Forum, you don't get the inside info!

I wonder how Liberal they would be?

OMG! That whole rant made me feel better today! I don't know why. My old refrigerator is probably on its last legs, but I am just too lazy to do anything about it right now. 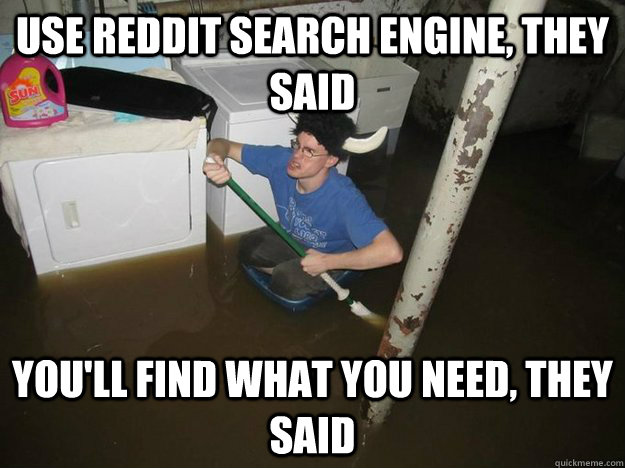 The border between civilization and savagery is porous and patrolled by opportunists. Resist fascism. Vote like your democracy depends on it.
Top

Whew, that saved you some money! You're closer to the Equator than I am but those humid summers need A/C and ice. August is the humid summer month in So Cal, we usually get any storms from your direction. I'm nursing my refrig and a/c along, I'm hoping to get through the summer without having to replace one or both of them.
"Everyone is entitled to their own opinion, but not their own facts." - Daniel Patrick Moynihan
Top

Welcome to "The I Fixed It Myself With Liberal Amounts of Cursing Because The Damn Manufacturer Would Not Give Me Critical Info Club"!
Been a member for many years now.
""If you can convince the lowest white man he's better than the best colored man, he won't notice you're picking his pocket. Hell, give him somebody to look down on, and he'll empty his pockets for you." -- LBJ
Top

Did run across a you tube vid last night that mentioned "reset" button in passing except it titled it "test" button.
"Being Republican is more than a difference of opinion - it's a character flaw."
"The greatest threat facing the United States is its own president." David Rothkopf, WaPo
Top

What a great little tale--so true.

Moreover, the pic inside the reddit search engine could be the web.

Design of user interfaces, like where the friggin' reset button is--gui's are unregulated because freedom. It would be nice to have many features in the same place on all models. The turn signal is on the left side of the steering wheel is now standard, which is cool. When I was a kid, my dad's work truck had a lever you pulled which would swing an arm out on the driver's side of the truck, an arm with yellow sideways V's. Had an orange tip. So a left turn would be the arm straight out, like a hand signal, and a right turn would have the arm straight up. There was one tail light above the license plate. And back then, in all cars, the high beam headlight switch was a button on the floor to the left of the clutch--there were no automatics among anyone we knew.

Just think, though, as the Internet of Things (IoT) builds out, your icemaker will soon be able to repair itself, even to trouble shoot itself. Maybe it will download a patch, display healthy eating guidelines, eh. All fridges will have all kinds of features, like verbal commands. "I'd like a beer."

As Stagger Lee lit a cigarette, she shot him in the balls.
Blew the smoke off her revolver, had him dragged to City Hall.
Top

Had another incident with my six YO Samsung frontloading washer about 3 years ago - out of warranty. Started leaking water during operation flooding floor. I was up to ass in work, so rather than DIY I call for a tech to come fix. Turned out to be one of the water feed hose to distribution water box failed at nipple it slipped over and clamped. Have to give kudos to tech - he gave me the option to pay the $35 service call or another $100 if he cut the hose portion off that was leaking (hose was barely long enough to cut and reattach) or I could do it myself - I chose the latter.

Considering there are about a half dozen of the same hose feeding the box I decided to buy some spares. Almost had a bowel movement when I saw price from Samsung for one short piece of hose. Ebay to the rescue - bought a complete set of used hoses plus extra spares for under $15 - now have enough hose to repair for the life of the washer.
"Being Republican is more than a difference of opinion - it's a character flaw."
"The greatest threat facing the United States is its own president." David Rothkopf, WaPo
Top

Couple years ago I had a short in my Saturn. Shorts are pesky, and for the life of me, I and my bud of Driveway and Shade Tree Mechanics Union Local 420 could not locate the short even with bags of equipment such as a crescent wrench and screwdriver, a Radio Shack circuit tester and a six pack of Sierra Nevada brew. We resorted to the internet and data mined all kinds of options about what it might be. We chatted it out and consulted and so on. Fail. So I took it to the pros.

Next day I get a call. "We found it, Mr. Fingers. You had a rat living in your air cleaner and he ate some insulation. We fixed it fine."

"What about the rat?"

"My mechanic got him with a screwdriver."

"So it goes. Be there in fifteen."

Goes to show that screwdrivers are good to have. And beer. Good.

As Stagger Lee lit a cigarette, she shot him in the balls.
Blew the smoke off her revolver, had him dragged to City Hall.
Top
Post Reply
11 posts • Page 1 of 1