1 by BlogBot
The Ohio State University Rifle Team can trace its history back to 1920. The Buckeye Rifle Team uses the 25-point Hugh W. Wylie Range, dedicated in 1966 to honor OSU graduate Lt. Hugh W. Wylie who was killed in the Battle of Arnhem in Holland during World War II. Since its beginnings, the rifle team has made four NCAA National Championship appearances (1991, 2016, 2017 and 2018) and has finished as high as third place overall. It has also produced 20 All-American athletes, Olympian Amanda Banta (Furrer) and five Ohio State Athletics Hall of Fame inductees.  Athlete: Name: Joel Potts Hometown/Junior Team: Ephrata, Pennsylvania/Palmyra Jr. Rifle Team What is your major? Finance. I want to go into personal financial planning. My favorite class is family financial management. What/who got you involved in rifle? My sisters started shooting before me and encouraged me to start shooting as well. 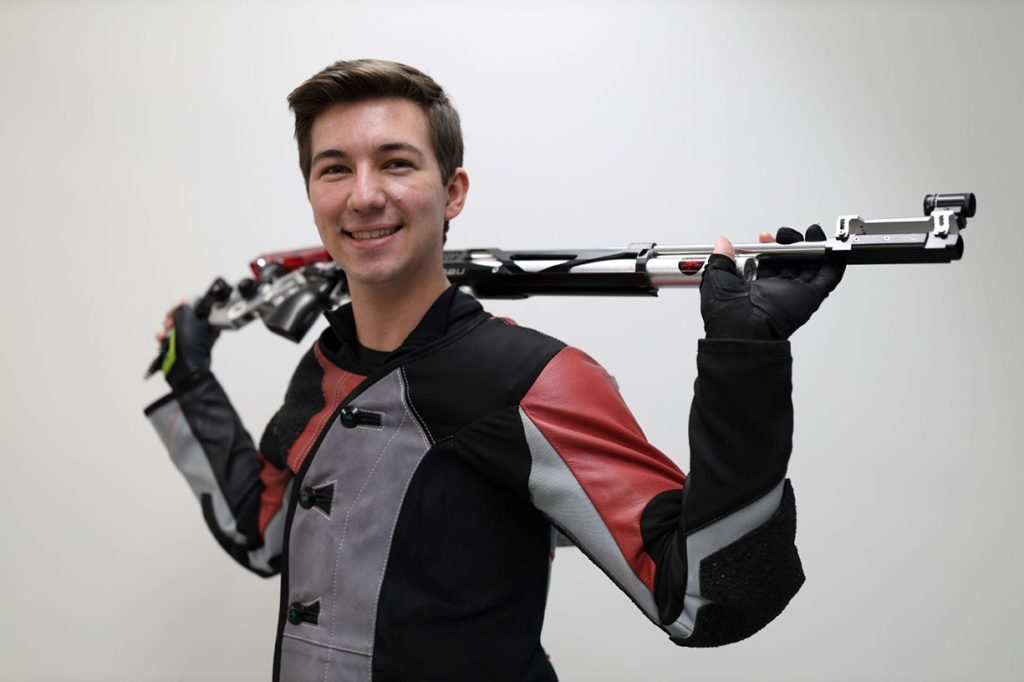 How much do you practice? I typically practice two to three hours a day, five days a week. What is a week at college like? I have classes and practice of course, but I spend a lot of time with friends and playing sports. What is the biggest life lesson you have learned from rifle? I think overall, my mindset in life is just much better thanks to everything I’ve experienced. The post CMP COLLEGIATE RIFLE TEAM FEATURE: The Ohio State University appeared first on Civilian Marksmanship Program. This content originally appeared at text and was written by Christine Elder This content is syndicated and does not necessarily reflect the views or positions of The Liberal Gun Club

Users browsing this forum: No registered users and 3 guests