Trump-linked PACs are still funneling donor money into his properties

Trump-linked PACs are still funneling donor money into his properties

According to a report from Washington Post, properties owned by Donald Trump are continuing to rake in money from political action committees affiliated with the one-term president as well as the federal government.

With Politico reporting that Trump's PACs 'brought in $82 million during the first half of 2021 and have $102 million in the bank," the Post adds that the money that should be going to either promote Trump's next political run or to back fellow GOP candidates also seeking office, is ending up in Trump's pocket.

According to the Post, "Save America, the leadership PAC where former president Donald Trump is asking loyalists to direct their political contributions, paid for lodging about two dozen times in the first six months of 2021. Nine of those times, the payments went to properties owned by the former president, according to a filing made public on Saturday. All told, the PAC sent at least $68,000 to the Trump Hotel Collection, showing how the real estate mogul — long after ending his presidential campaign and leaving office — continues to use donor money at his own properties."

Trump has long been accused of enriching himself, such as by overcharging the government for housing Secret Service agents at his golf resorts, and as the Post reports, little has changed.

"Since Trump entered the presidential race in June 2015, he has used his political campaigns and associated committees to pump more than $19 million into his own businesses, according to a Washington Post analysis of federal campaign-finance records," the report states. "The practice began during his 2016 run, when Trump's campaign paid his businesses about $12.5 million — transforming donors' political contributions into private revenue for his businesses. Trump billed his own campaign to fly himself on his Boeing 757 jet, to rent office space in Trump Tower and to hold events at Trump golf clubs. His name-branded 'Trump Ice' water even showed up on the campaign's tab."

After noting that the government paid out over $2.5 million to Trump during his four years in office and that he is still not done enriching himself at taxpayer expense.

"Trump has continued to bill the U.S. government even during his post-presidency, by charging the Secret Service for rooms they've used while protecting him at his Mar-a-Lago Club in Palm Beach, Fla., and at his golf club in Bedminster. The government has paid Trump at least $72,000 this way since he left office, according to receipts obtained by The Post." the report states before adding teh caveat, "There is no rule against Trump charging the government for these rooms, allowing him to continue the practice indefinitely."

Grifters Gotta Grift. The State and Federal governments needs to make sure he files all the money collected on his taxes as income.

I have a solution to the Secret Service accommodations have them stay a a budget motel and drive there for their shift. I'm sure there would be some motel or apartment, fairly close that would love to have the Secret Service contract at less than what Trump gets for his dump Better yet get a federally owned trailer have it parked in front of Mar-A-Lago on city property with a satellite dish on it. et them stay in it. If the City or County complains just give them the US Government Federal Intelligence Classified National Security get lost statement.
Last edited by TrueTexan on Sun Aug 01, 2021 2:14 pm, edited 1 time in total.
Facts do not cease to exist because they are ignored.-Huxley
"We can have democracy in this country, or we can have great wealth concentrated in the hands of a few, but we can't have both." ~ Louis Brandeis,

2 by CDFingers
The grift will continue until enforcement improves.

.
Wave that flag--wave it wide and high
Summer time gonna come and go, my oh, my. 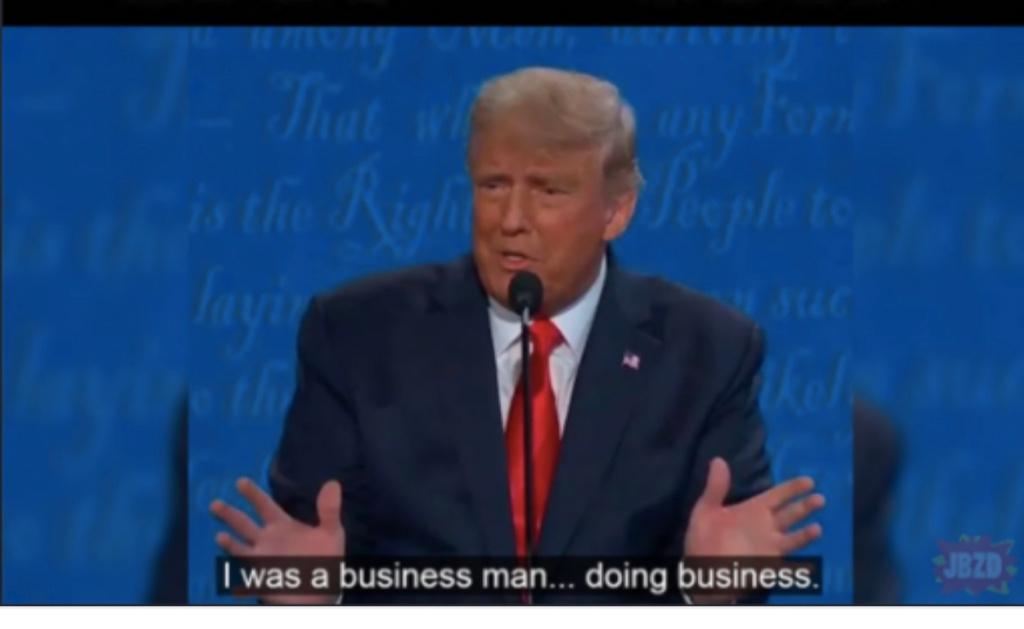 All the presidency did for this life long huckster; was just open up new grifty streams of funding.

Former President Donald Trump has continued charging the United States Secret Service for using his properties -- and Pulitzer Prize-winning Washington Post reporter David Fahrenthold says Trump could theoretically use the Secret Service to bilk taxpayers for as much money as he wanted.

"In Bedminster, $17K/month is a lot higher than the going rate in the area," wrote Fahrenthold. "At Mar-a-Lago, $396.15 is more than triple the government's per-diem spending limit on hotels in the area, which was $121 in May and June."

A follower then asked Fahrenthold how Trump gets away with charging so much more than the per-diem spending limit, and he replied that the Secret Service does not face such limits.

"They can spend whatever they need to, to stay close to the people they protect," he explained. "Which means Trump can legally charge the Secret Service whatever he wants: the only limit would be his sense of what's excessive."

The government just gave him a legal grift and he is going to milk it for all its worth and then some.
Facts do not cease to exist because they are ignored.-Huxley
"We can have democracy in this country, or we can have great wealth concentrated in the hands of a few, but we can't have both." ~ Louis Brandeis,

5 by CDFingers
These are the same people who sent money to one of the Kardassian sisters so she could become a billionaire. He's got their number. Derps.

.
Wave that flag--wave it wide and high
Summer time gonna come and go, my oh, my.
5 posts
Post Reply